How To Steal A Girl From Her Boyfriend 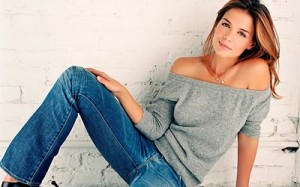 Isn’t it frustrating when you’re rapping to a girl, and she seems into you…and then she drops the “B” bomb? (AKA, she mentions the fact that she has a BOYFRIEND.)

In this article I’m going to lay out some of what I call “Boyfriend Annihilation” tactics which have enabled me to bang SEVERAL hot women who allegedly had boyfriends. (That’s what they told me…and it didn’t matter once I used this strategy.)

How To Steal A Girl From Her Boyfriend 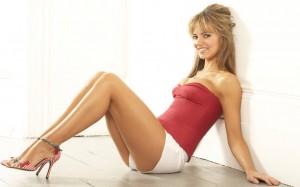 OK, so now I’m going to show you how to handle it when you’re talking to a girl and she says she has a boyfriend.

Rule #1, by the way, is never ASK her if she’s got a boyfriend. She might ask if you’ve got a girlfriend, but even then, you should never ask her about the “B” subject. Wait and see if she brings it up. Even if she asks if you have a girlfriend.)

Next, you need to understand why women SAY they have boyfriends.

In many cases, she drops the “Boyfriend Bomb” during the conversation because she is running a little test on you.

She wants to see how you will react to this piece of information.

The typical guy thinks to himself, “Damn, she’s TAKEN, so I oughtta bail out of this conversation as fast as possible and spare myself any more embarassment…”

They hit the “eject” button and want to end the conversation, because they figure they have no chance…they think she’s “taken…”

However, in most cases the girl mentioned her boyfriend for one of these reasons…

1. She gets approached by a LOT of guys, and this is her way of “screening” them and figuring out which guys are confident and “high value”…and which guys are WEAK, and not worth her time.

Dudes who are confident and UNDERSTAND THE GAME aren’t going to flinch when she mentions some “boyfriend” of hers.

The LOW VALUE guys are going to look disappointed, because now they think they have no chance.

Think of it as a “filter.” She is ONLY mentioning her boyfriend because she wants to see how you will respond.

Is she going to filter you out and put you in the same category as the last 47 chumps who tried to talk to her…or are you going to man up and make her want to bang YOU tonight?

So here are two GREAT ways to play it…

HER: I’ve got a boyfriend.

YOU: Does he treat you well?

Now THERE is a confident (and funny) response that is going to knock her for a loop!

After you say it, you should smile so that the comment seems playful, not rude. She’ll probably punch you in the arm or laugh, and act shocked that you would dare SAY such a thing! Then you switch topics and keep the conversation flowing, as if her “boyfriend” is totally irrelevant.

(Read the “Conversation Control” chapter in my book Mack Tactics to learn how to completely control the conversation and choose the RIGHT topics to get her talking, laughing, sharing stuff about herself, and feeling ATTRACTED to you…)

The bottom line is, you should never let the “boyfriend thing” faze you. Don’t worry about whether she has one, and if she mentions a boyfriend, treat it like a TEST.

By the way, make sure you join the Mack Tactics newsletter. I’ve got an EXPLOSIVE technique I want to give you tomorrow that has gotten me laid by six different girls this month (you’re going to LOVE using this tactic, trust me…)

P.S. Right now you can try out the Mack Tactics system, plus all of the advanced bonuses, for only a dollar. No, that’s not a misprint…for only $1 you can immediately download BOTH of the best-selling Mack Tactics book, along with our guide to Internet Dating Domination, the audio mp3 course, the video training modules…absolutely everything, for just a dollar!

Everything you try out comes with a risk-free, 60-day money back guarantee. If you don’t get laid, I don’t get paid…that’s our motto! So click here and download the Mack Tactics system to your computer, and literally FIVE MINUTES from now you’ll be soaking up the world’s best pickup and conversation techniques: